Skip to the content
Home > Insurance Blog > How Does Automatic Emergency Braking Work?

How Does Automatic Emergency Braking Work?

There’s no question that technology is transforming the auto industry. While we’re still a few years away from being able to buy a fully self-driving car off a dealer lot, advancements in automation and driver assistance technologies have made new vehicles smarter—and safer—than ever before.

And there’s one safety feature in particular that’s been generating a lot of discussion lately: automatic emergency braking (AEB). It’s been touted by some as one of the most important developments in car safety since the invention of the seat belt. But what exactly is AEB, and how does it work? Keep reading to find out.

What Is Automatic Emergency Braking?

Automatic emergency braking is a vehicle safety system that’s designed to sense an impending collision and apply the car’s brakes automatically. By eliminating the human reaction time involved in braking, an AEB system can help reduce the likelihood of a crash, or at least lessen the severity of the impact.

Every AEB system can detect an oncoming vehicle and respond accordingly. But many can also brake for pedestrians, cyclists or a deer in the roadway helping you safely bring your vehicle to a stop if you don’t press the brake pedal in time.

See also: How to Avoid Hitting a Deer

How Does Automatic Emergency Braking Work?

AEB systems can vary by automaker. But generally, here’s how it works:

By taking a driver’s reaction time out of the braking equation, AEB systems can significantly reduce the likelihood of a crash. With the growing proliferation of new cars equipped with AEB systems, the Insurance Institute for Highway Safety (IIHS) estimates that the technology will prevent 28,000 crashes by 2025.

Are There Different Types of Automatic Emergency Braking Systems?

Not all AEB systems are created equal. There are a few distinctions, including:

Unlike safety features such as seat belts, airbags and backup cameras, the federal government does not legally require all new vehicles to be equipped with AEB. However, this hasn’t stopped organizations like the IIHS and the National Highway Traffic Safety Administration (NHTSA) from advocating its widespread use.

In fact, according to the NHTSA, 20 of the world’s largest automakers have already committed to making the system a standard feature on all vehicles by September 2022, covering more than 99% of the U.S. auto market.

Can You Turn Off Automatic Emergency Braking?

Since most new vehicles are equipped with AEB, you may be wondering if there’s a way to turn the system off. The answer: yes, nearly all vehicles do allow you to deactivate AEB after the car has been started.

Some will also allow you to alter settings within the system, so you can adjust the sensitivity of when the brakes are automatically applied.

Are There Any Disadvantages to Automatic Emergency Braking?

We’ve already established that AEB systems can significantly improve your safety on the road, so the pros definitely outweigh any cons. But these systems aren’t 100% accurate at predicting an impending collision.

For example: If your car’s AEB system senses a false positive, it could hit the brakes unnecessarily, making you susceptible to causing a rear-end collision yourself. On the other hand, if there’s an error or a fault within the system, you may not find out until it’s too late.

For that reason, it’s important not to become dependent on vehicle safety systems like AEB. Remember that these features can offer an added layer of protection, but they are not an excuse to be complacent about safe driving practices.

See also: Drowsy Driving: Is It Really That Bad?

What About Automatic Emergency Braking Recalls?

It’s true. In recent years, some automakers have issued recalls for their AEB systems.

In most instances, these recalls have addressed the two scenarios described above (engaging the brakes unnecessarily or not engaging them when they’re needed). To make sure your AEB system is working properly, it’s important to check regularly for any recalls and know what to do if your car is affected.

See also: What to Do If Your Car is Affected by a Recall

Looking Out for You

At Erie Insurance, our promise is simple: to be there when you need us. You can count on us to offer the best car insurance for you and your trusted ride —along with practical help, reliable solutions and service that exceeds your expectations. Contact us today to learn more.

Haven’t heard of us? Erie Insurance started with humble beginnings in 1925 with a mission to emphasize customer service above all else. Though we’ve grown to reach the Fortune 500 list, we still haven’t lost the human touch.

Contact Feger Insurance Agency LLC today to experience the ERIE difference for yourself. 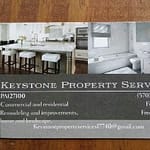 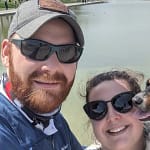 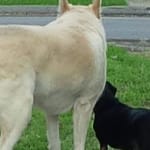 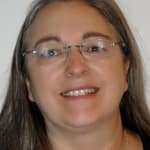